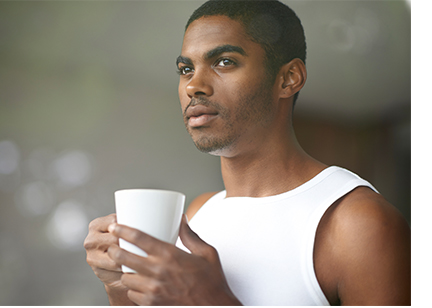 Caffeine stimulates both brain and body. It can improve concentration and increase alertness. How do you get the biggest boost? Use it strategically.

Many railroaders consume energy drinks to boost alertness. These drinks come in different serving sizes and contain widely varying caffeine amounts. Some have more than three times the caffeine found in a cup of brewed coffee.

Energy drinks have been associated with potential health problems. Their higher caffeine content may trigger symptoms including a fast heart rate, irregular heart rate and palpitations, higher blood pressure, increased urine production, and sleep disturbances, including insomnia. If you use energy drinks, be aware of these possibilities, and stop using them if such symptoms arise.

Many other products contain caffeine, as well. It’s found in chocolate, for example, although only in small amounts. You can consume caffeine in pill form and even in chewing gum. Medications commonly prescribed for high blood pressure, colds, pain, and asthma are less obvious sources of caffeine. And, outside caffeine sources may interfere with some medications, disrupting sleep or leading to side effects such as nervousness and irritability.

The U.S. Food and Drug Administration issued warnings in 2014 about powdered pure caffeine marketed directly to consumers. A single teaspoon of pure caffeine is roughly equivalent to the amount of caffeine in 25 cups of coffee. At least one death has been attributed to an accidental overdose of this powerful stimulant.

Following are general caffeine content ranges for the most common caffeinated drinks. You may want to learn the specific amount of caffeine in beverages and other products you enjoy, so you can manage your caffeine use.