Could You Have Obstructive Sleep Apnea? 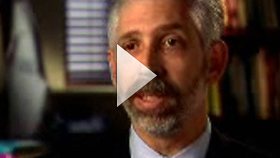 Overweight middle-aged men have the highest risk of developing obstructive sleep apnea (OSA), a disorder that disrupts breathing during sleep. Obstructive sleep apnea affects women, too, most commonly after menopause. It even affects babies and children, particularly those who have enlarged tonsils, or are overweight.

While an estimated 18 million Americans have  obstructive sleep apnea, many do not realize they have it. They understandably don’t know they have symptoms that occur only in sleep. A family member or bed partner may be the first to recognize their problem snoring, fatigue, and other symptoms:

Discuss your symptoms with a healthcare provider. This person may refer you to a sleep specialist for further evaluation. If you do have obstructive sleep apnea, treatment can help you sleep better, feel better while awake, and perform well in your safety-critical railroad job.