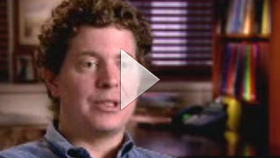 Orfeu Buxton, PhD, formerly of Harvard, describes how animal and human studies suggest that adequate sleep is crucial for a long and healthy life.

Often, railroaders are not able to get as much sleep as they need or want, and some may even pride themselves on getting by with as little sleep as they can. Sleep serves a vital function, however. It benefits overall health, quality of life, and longevity. Adults who average less than seven hours of sleep per day have a higher risk of developing serious medical disorders than those who sleep seven hours or more.

Obesity: Adults who habitually sleep six hours or less per day are more likely to be overweight or obese than those who usually sleep seven to eight hours per day. In a series of studies, researchers studied volunteers who were allowed to sleep only four hours per night. They found that changes occurred in two hormones that control hunger. One hormone, ghrelin, sends hunger signals, while the other, leptin, lets people know when they have had enough to eat.

After only two days with only four hours' sleep, ghrelin rose, while leptin fell. The study participants said they felt hungrier than usual, and craved carbohydrates.

Obesity increases the risk of heart and blood vessel disease and diabetes, reduces life expectancy, and impairs quality of life.

Diabetes: People who report sleeping five hours or fewer per day on average may have an increased risk of developing Type 2 diabetes, a disorder in which blood glucose, also called blood sugar, stays too high. Glucose serves as fuel to power the body’s cells. The body makes glucose when it breaks down the food we eat. Glucose circulates in the bloodstream, and moves from blood into cells with the aid of the hormone insulin, manufactured by the pancreas. When people get too little sleep, the pancreas does not work as well as it should. Over time, it may stop making insulin, or cells in the body may fail to use insulin efficiently.

Glucose then builds up in the blood. If it stays too high, it can damage the heart, eyes, kidneys, and nerves. Missing one or two night’s sleep will not cause diabetes. However, in the studies cited above, in which volunteers were allowed to sleep only four hours per night, changes in metabolism that occurred after just a few nights mimicked those of the early stages of diabetes. Because chronic sleep loss diminishes the body’s ability to function as it should, persistent sleep deprivation may lead gradually to the development of diabetes and other illnesses.

Heart and blood vessel disease, and high blood pressure: Researchers found the risk of coronary artery calcification, a disorder linked to heart attacks and death from heart disease, higher in people who averaged only six to seven hours' sleep per day than in those who usually slept longer.

Immune function and colds: Sufficient sleep improves the ability to resist infection. Researchers found that people who averaged less than seven hours of sleep per day were three times more likely to develop cold symptoms when exposed to the cold-causing rhinovirus than those who averaged eight hours or more.

Depression and anxiety: A good night’s sleep often boosts a person’s sense of well-being, and feelings of self-confidence and happiness the next day. Poor sleep can undermine such feelings. Sleep disruption is both a core symptom of depression and anxiety, and a significant risk factor for developing these disorders.

Life expectancy: Getting sufficient sleep helps people live a full life. Studies show that people who average seven to eight hours' sleep per day have a lower risk of early death than those averaging five hours or less per day. Railroaders and others who often get variable amounts of sleep from day to day can optimize the amount and quality of their sleep by adopting sleep practices described throughout this website. 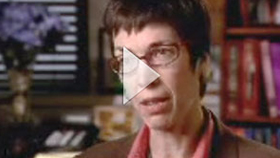 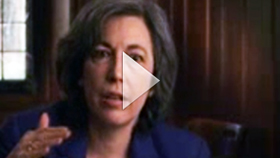