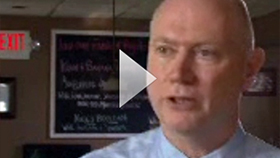 People who frequently short-change themselves on sleep forget how great it feels to be well-rested. They get used to feeling tired all the time and try to convince themselves that they can manage just fine. They often cling to sleep myths.

Myth: I regularly get six hours of sleep or less, and I feel fine.

Facts: Perhaps only one person in 25 functions at their best on an average of six hours of sleep per day. In one study, a group of healthy young men were allowed to sleep an average of six to seven hours for five days—about one hour less than they needed. After missing this small amount, they performed as poorly on a series of tests as they did after staying awake an entire night.

Myth: I can tell when I'm wearing down.Facts: People who are nodding off, with eyelids drooping and head bobbing, still may claim, "I'm not sleepy at all."Sleepy people lose the ability to appreciate how sleepy they are. They seldom realize how poorly they perform compared to when they are well-rested.There's no warning signal that flashes when you're about to fall asleep. You may experience brief lapses called microsleeps. You think you're awake, and then—oops—you're not.

Myth: Missing an hour or two of sleep is no big deal.Facts: Sleep debt keeps you from thinking clearly and reacting quickly. It slows eye-hand coordination and decision-making, and increases the likelihood of making mistakes.A chronic sleep debt harms bodily processes, such as blood sugar regulation. It increases the risk of becoming obese, and developing diabetes, heart disease, and other illnesses. The Harvard Nurses' Health Study found that women who averaged five hours or less sleep per day gained far more weight over the 16 years of the study than women who averaged seven hours' sleep per day.

Myth: I can catch up on my days off.

If you sleep longer than usual on days off, you may throw off your body clock. To make up for missed sleep on days off, use recovery naps rather than extending your main sleep period.